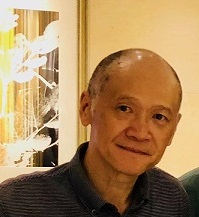 John Chan graduated from the Concordia University in Montreal with a B.A. in Communication Arts. He served as a producer and administrator for Radio and Television Hong Kong for over 20 years, and accepted numerous awards for TV productions on variety shows and documentaries. He operated as a manager for the Computer Networking and Plastic Packaging industries in Vancouver. He also teaches part-time in the Department of English of Chu Hai College of Higher Education and in the School of Creative Media of City University Hong Kong since 2014.