Cecilia Li of Department of English was invited again by Sing Tao Daily and the Education Bureau (EDB) to be the adjudicator of the 33rd Sing Tao Inter-School Debating Competition quarter-finals on 24 March 2018. The atmosphere was intense. Cecilia chose two semi-finalists after two heated debates on the motions ‘The 2018 government budget should have included cash handouts for the public’ and ‘The allocation of HK$50 billion by the Hong Kong Government to Innovation and Technology brings more good than harm’.

In the adjudicator’s comments session, Cecilia remarked on the debating skills of the contestants. ‘Within a very short duration of several minutes, it is better to have one point well-developed than several points under-developed.’ 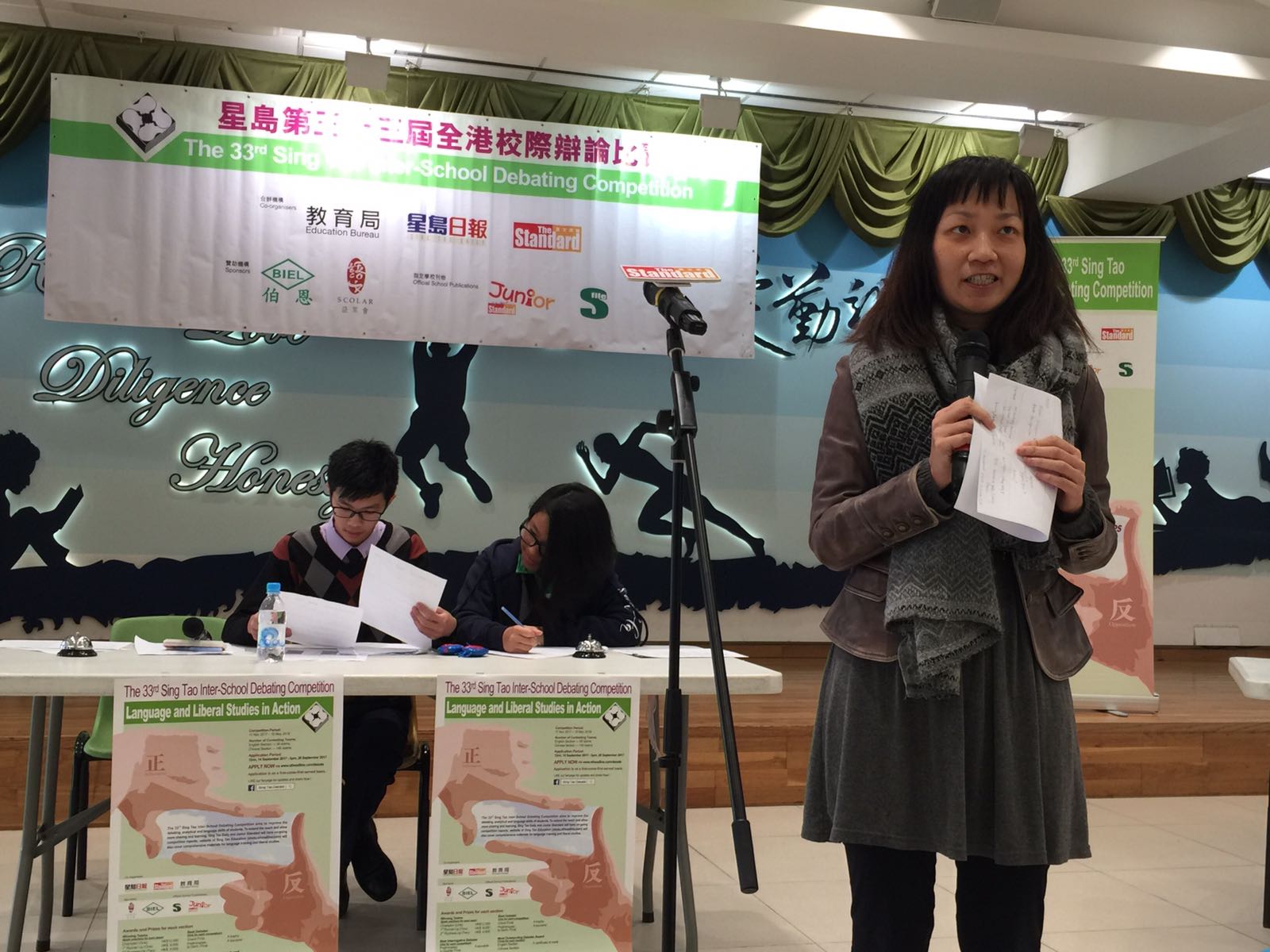